Unethical Recruitment of Disabled Men During the Vietnam War

From the 1st of October 1966, the United States of America started the recruitment of men for the military who had previously been rejected for military service after failing to meet specific criteria – these men had previously been considered dis-abled by the military, due to mental or physical disabilities and illnesses. These men were recruited under “Project 100,000” and would become known in private circles as ‘McNamara’s morons’. This incredibly derogatory term was used by members of the US military to describe the project initiated by the Secretary of Defence, Robert S. McNamara. This project aimed to recruit 100,000 men each year. By the end of the war, the programme had recruited about 354,000 of these men into all branches of the armed forces (Hsiao, 1989). How did this unethical and discriminatory recruitment happen and what does this say about the history of disability and inclusion?

In this recruitment campaign, the military programme promised to raise these men up socially and make them into ‘real men’ as deemed by society – this was a recruitment strategy that relied on the idea that the military could transform individuals into stronger versions of themselves, both mentally and physically. Disabled people were then considered by society as a group in need of ‘saving’, and the military promised to deliver just this. As a result, individuals who ranked low in IQ tests, as well as physically and mentally disabled men were drafted by the military, and this was a strategy to make up for the low rates of volunteers in the army during the Vietnam War. The established standards for recruitment were adapted in order for these men to be eligible for the draft.

Young men who were physically fit, such as college graduates, were not eligible in this specific conscription; this created some occasional backlash from middle-class parents who thought this adaptation was unfair to their children. Many men from wealthy backgrounds or from families with members in positions of power avoided the draft utilising loopholes. The anti-Vietnam war era song released in 1969 by Creedence Clearwater Revival ‘Fortunate Son’ refers directly to this. The lyrics “Some folks are born, silver spoon hand” and “I ain’t no senator’s son…. I ain’t no fortunate one” refer directly to the privileged in society who avoided the military draft. The Vietnam war was predominately fought by those who were underprivileged in American Society. The Project 100,000 was also part of the governments’ ‘War on Poverty’ program, under President Lyndon B. Johnson. From 1966 to 1972, 354,000 ‘New Standards Men’, as they were called, were drafted. “NSM” was the official government term for these recruits. 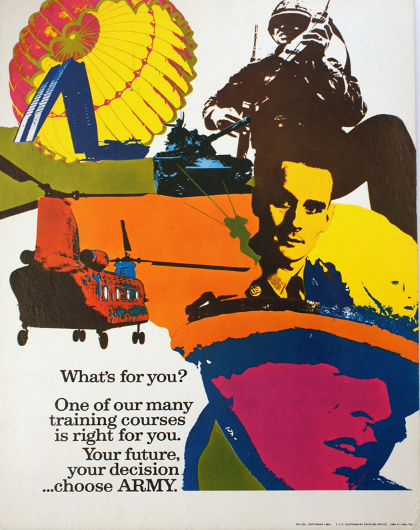 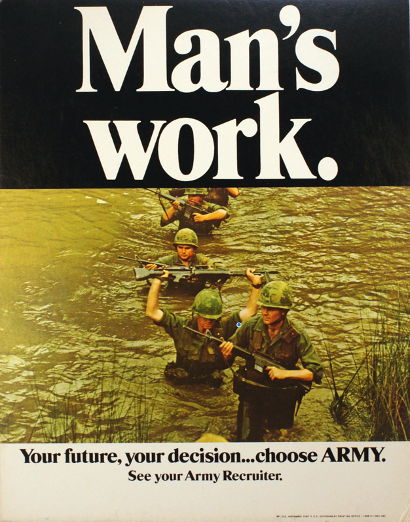 Vietnam War recruitment posters emphasise the importance of masculinity and the direct link to being in the military. This increases the pressure from society to fight in a divisive war.

Drafted to their death

Half of these men were assigned to combat duties, whilst the other half were assigned as field kitchen staff. The death and injury toll for these men was very high: 5,478 men died, while an estimated 20,000 were wounded and 500 were amputees (Gregory, 2015). The fatality rate of the ‘McNamara men’ was three times higher than that of other soldiers who had passed their medical examination and basic training. Evidently, the NSM suffered from less care and poor training.

In total, 58,220 American soldiers had died in Vietnam by the time the war ended in 1973. This high mortality rate is a reason more men were continuously needed to fill the ranks of those who had passed. The NSM were cruelly chosen to fill these ranks, although they were poorly prepared for the roles. Many young men in America did not agree with the Vietnam war and chose to avoid the draft through loopholes. Most of the men who avoided the draft were from wealthier backgrounds, social class was an asset in avoiding being killed. Those from a lower economic background may have needed the money provided by the military draft and so took this as an option to improve their economic situation. In addition, Johnson refused to increase recruitment numbers by mobilising the National Guard and Reserve personnel to Vietnam as this would have been faced with political backlash.

Johnson stated that the project would increase class freedom for the “subterranean poor” and cure them of “idleness, ignorance, and apathy”. This scathing comment shows the level of class snobbery which was abundant in the upper levels of government. This statement suggests that the recruits which ranked lower on IQ tests or who lived with mental disabilities or impairments were in the economic position they found themselves due to their own life choices. This statement ignores the fact that individuals with illnesses and disabilities are being disabled by society itself, in that they receive less opportunities from society as a whole. They faced extreme prejudice and were essentially seen as outcasts; they had no income coming in due to low employment of disabled people, and this is why they had low socioeconomic status.

Struggles in the Jungle

The treatment of NMS recruits by others in the military was appalling and demonstrated a rampant prejudice against disabled and mentally ill individuals. Some officers complained that they had to “babysit” these soldiers on the frontline and that they could not master the most basic tasks, such as brushing their teeth (Figley, 1980: 349). In fact, most NSM recruits could not read, or maintain hygiene without assistance, and encountered difficulty in tying the laces of their army issued boots. They were never meant to be unassisted in high risk environment, without basic training, and this put them at great risks. For example, reading is important in understanding dangerous warning signs written on military equipment and not having this skill could put their life and those of others in their squad at risk. Maintaining basic hygiene is important in a hostile environment like the one they faced in Vietnam, and mosquitoes, leeches and snakes could pose a threat if army gear and clothes were not maintained regularly. Officers encountered many reports of recruits not following basic orders, simply because they did not know how to do so. Many men went AWOL numerous times in combat. For example, Richard Stevens, an NNSM recruit, went AWOL 15 times in one year (Gregory, 2015: p158).

The treatment of NMS recruits by others in the military was appalling and demonstrated a rampant prejudice against disabled and mentally ill individuals.

The NSM recruits were not well suited in a combat environment, they did not have the hand to eye co-ordination and training to see a target and shoot at them. Lacking this skill put their lives at risk, as well as the lives of those around them. Recruiting these men who had failed training and were not fit for combat was essentially a calculated death sentence. Whilst there was animosity directed towards these recruits, there were also cases of compassion and empathy. Some officers sent these men home or would post them in positions off the frontline.

The NSM recruits required “buddy partners” who were standard recruits given the task to look after the NSM soldiers. Hamilton Gregory, Vietnam veteran and author, stated that when he attended the army recruitment centre, he was asked to look after an NSM solider who could not read, so Gregory was required to carry around both his personal documents and that of the NSM soldier (Gregory, 2015). Upon asking the soldier where he came from, Gregory discovered that the solider did not know which state he lived in or why America was at war with Vietnam. Gregory stated that the man did not know where he was going and why he was at the army recruitment centre. This shows a snapshot of just how abhorrent forcing these men to fight in a combat zone was: they should not have been sent to war.

The 1994 Oscar-winning movie Forrest Gump shows the struggles of the main character played by Tom Hanks, an NSM recruit in Vietnam. This film brought to mainstream attention this dark history of the American past. It is important that this recruitment process is not forgotten, so it is never repeated. Disabled people should be cared for and supported, they should not be sent to war to face certain death. The disability of these men was often invisible, and therefore ignored, or even worst, used by the military. This entire project was unethical and immoral and is revealing of much past, and sometimes present, attitudes towards disabled and chronically ill individuals.

‘Project 100, 000’ turned the attention away from civil rights politics and created a smokescreen, allowing the government to ignore the suffering they inflicted to a huge proportion of the population.

As Hsiao stated: “Johnson and McNamara constructed the pretence of Project 100,000. Not only would the program provide soldiers to produce the body counts on which the Vietnam War focused, it would also temporarily eliminate pressure on the administration to show its support for civil rights.” (Hsiao, 1989: 30)

"Fortunate Son" is a song by the American rock band Creedence Clearwater Revival released on their fourth studio album, Willy and the Poor Boys in November 1969.

Thomas Bowers is an archaeologist and the volunteer Researcher at The Lyme Museum.

The Hidden Disability of The First World War